To celebrate the start of the 2015 Toyota AFL Premiership Season, NAB and Nexus Partners held an insider lunch with Geelong Cats Captain Joel Selwood for 15 key referrers at the Etihad Stadium in Melbourne’s Docklands. Hosted by Mark Howard from Channel 10, the lunch was an exclusive opportunity for Nexus Partners in partnership with NAB to hear from one of the game’s best players on what it takes to compete at the top level of their chosen sport, build a great team and achieve success. Joel had some great thoughts to share with our clients in an up close and personal session that provided a great link between professional sport and building a successful business. 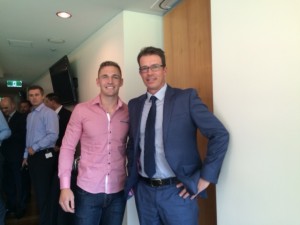 Clients lucky enough to attend the lunch were left with a great insight into the game and what it takes to compete at the highest level – as well as some great messages that had particular relevance to running their own businesses. It was a great opportunity and one that our clients are sure to reflect on when they get back to their own business.

Thanks to Joel for making himself available and sticking around at the end for a few photo ops and some signed footy gear for our clients. 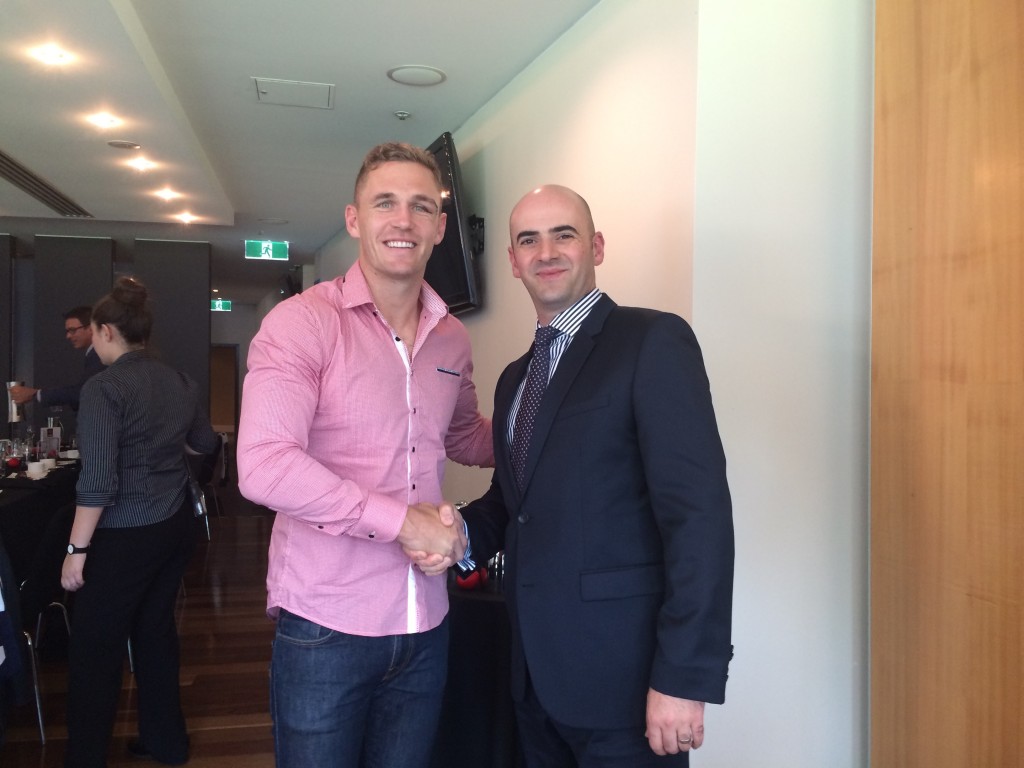