Another NAB AFL Auskick season comes to a close.

Another AFL season has come to an end and the team at Nexus Partners have really enjoyed their role again this year as supporting partner for the NAB AFL Auskick ‘Free Kick’ initiative. Over 2500 local Auskick Centres across Australia have benefited from the fundraising initiative program and Nexus Partners look forward to being involved with them again next season.

Firstly, a huge congratulations to Lochie Sunderland from Newcastle who was named 2014 NAB AFL Auskicker of the Year! Nexus Partners General Manager Chris and BDM’s Gene and Boyd, were lucky enough to meet Lochie at the Grand Final on Saturday and saw him present the premiership medal to the winning captain, Luke Hodge from Hawthorn. Lochie will also be mentored over the next 12 months by Geelong captain Joel Selwood and receive $5000 in a NAB account. 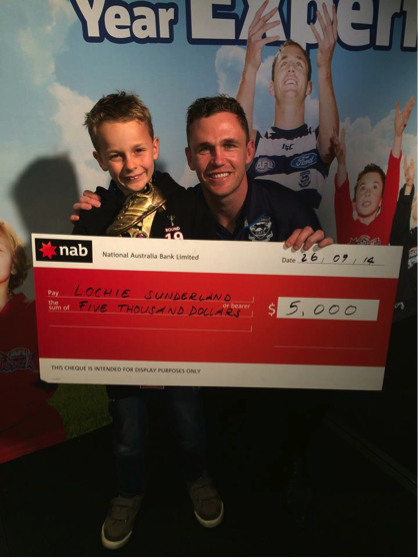 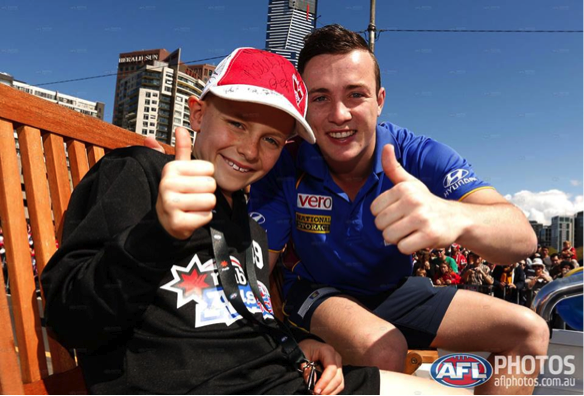 For NAB AFL Auskick centres, as they are not-for-profit community groups, the initiative is a great fundraising tool. These funds assist the clubs in many ways, including the purchase of new equipment and facility upgrades. In 2014 Nexus Partners were able to contribute more than $30,000 to Auskick Centres across Australia as part of the ‘Free Kick’ initiative.

AFL Auskick Centres are not the only organization that Nexus Partners partner with. They are excited to be involved in a number of different fundraising campaigns with local sporting clubs, community groups and charities such as Netball Clubs, Foundations and children’s centres. If you are involved in local groups such as these Nexus Partners would be happy to discuss a range of solutions that could be available to you and the benefits that can be generated for your club or association via our mortgage referral program. In 2014 alone the company has already generated well over $100,000 to a range of local fundraising initiatives across Australia.

To learn more about the program or to discuss becoming involved, visit our Community Partnership page or email info@nexuspartners.com.au or call Nicky on 1300 782 131.

In the mean time, check out the team at the Grand Final last Saturday enjoying some sunshine and some one on one time with the mascots. 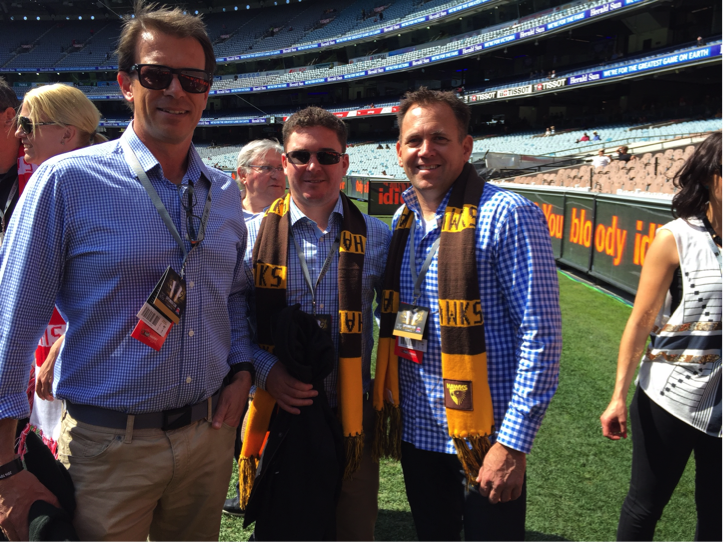 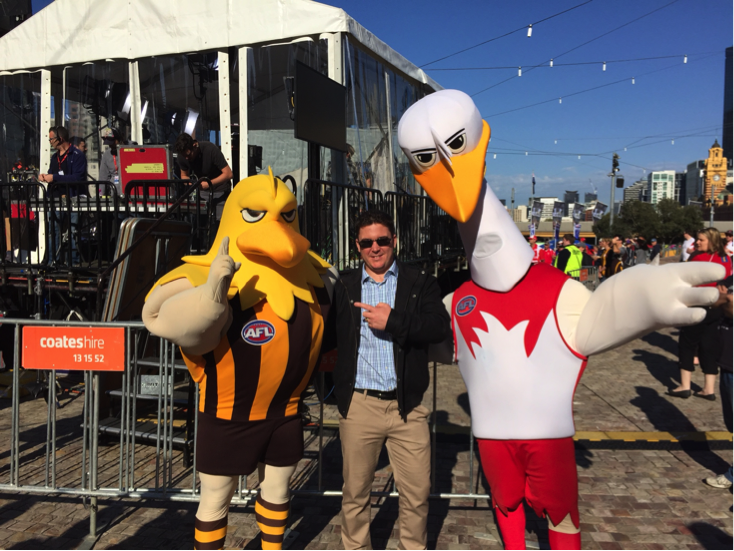